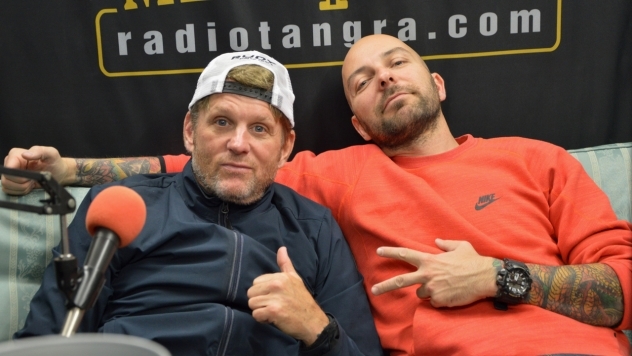 JOHN JOSEPH is at radio TANGRA MEGA ROCK studios the day after the first aver CRO-MAGS show in Bulgaria.

There are tons of things you can talk to with a guy like him and this is exactly what we did.

So, this long conversation with JOHN goes through so many different topics:

- his triathlon Iron Man races;
- the story of the CRO-MAGS;
- his own diet;
- life in prison and on the street;
- the difference between spiritual and religious;
- the next CRO-MAGS album;
- his upcoming two new books and his Hollywood movie;
- meeting LEMMY;
- the phisical condition of EYEHATEGOD's singer;
- avoiding his own MACGOWAN family;
- and many more....

And of course - his relations with HARLEY FLANEGAN...