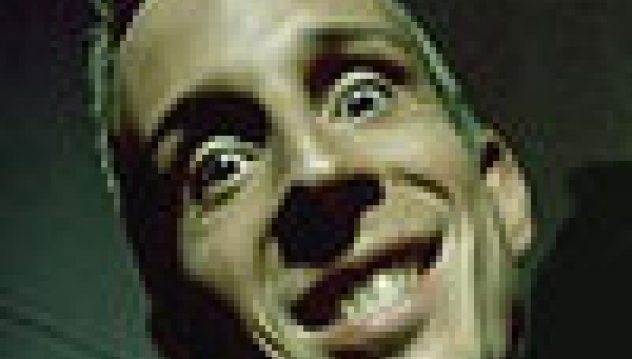 "Fuck it, we can do whatever we like! We don't have to fit this or that picture of what people think Clawfinger is!"

Sweden's rap-metal godfathers Clawfinger are about to release their seventh full-length studio album, prophetically entitledВ "Life Will Kill You", on July 27 via Nuclear Blast. Naturally, this was the reason to get in touch with the Scandinavian group's leader and vocalist, Mr. Zak Tell, and conduct a friendly conversation about music, life, death, (anti-)commercialism, Meshuggah, and more...

Vassil Varbanov: Hey, Zak, how are you?

Zak Tell: Oh, I'm fine! I've been in the sun a bit too much, so I've burned myself a bit. Otherwise I'm fine.

V. V.: Last time we had the opportunity to put you live on the radio was two years ago, for your previous record, "Hate Yourself with Style". Back then we talked about kids, being over 30 and...

V. V.: Same with me, but let's focus on "Life Will Kill You" now. Obviously, the first question is going to be about the album title. Why shouldВ life kill us?

Z. T.: That depends on the life you've decided to live. I guess it's a fairly obvious statement, regardless of how you choose to do things and which path you decide to go, regardless if you view your life positively or negatively - the big sad truth is that you're gonna die. The title track is simply trying to say that there really isn't much point in worrying, because there isn't anything you can do about it. It's one of the few truths that are actually not discussible.

V. V.: You know, there's a very famousВ saying in Bulgaria: The first seven years of a human being are the most important ones. That's when you learn not only how to talk, walk and stuff like that, but also how to behave, to communicate with people, etc. On the other hand, "Life Will Kill You" is your seventh album, so let's try to make a metaphor...

Z. T.: You could say that after this album it's too late to change anything... Basically, you're saying we're fucked, ha-ha!

V. V.: Nooo, ha-ha-ha! What I mean is that seven albums are a great achievement! Are you surprised you've come so far?

Z. T.: Well, in this business everything surprises you - both the negative and the positive stuff. It's totally impossible to predict what's gonna happen, so I'm always surprised.В  At the same time, I do know we're all very stubborn people - when we believe we're doing something right, we stick to our guns and keep on doing it. As long as we're having fun with it, there's no reason to stop. So yes, I'm surprised, but at the same time there was no other option.

V. V.: If you have to compare "Life Will Kill You" to "Hate Yourself with Style", where do you see the biggest difference?

Z. T.: The big difference with this album is that we decided to let anything go, that any idea put on the plate can be used and lead to something. With "Hate Yourself with Style" we had a very clear picture - we wanted something very hardcore and raw - so any song out of that style was basically erased and forgotten, while now we decided that if we have a rock chorus on some song, then it happened for a reason, and if we have some slower, Depeche Mode-vibed track, it happened for a reason, too. As long as we manage to build music around that and complete a song that we like, we said, "This is usable." In some ways that's the first album where we picked some pieces from history and from the future... You know, the good thing about being a band for seven albums is that you get to a point where you just say, "Fuck it, we can do whatever we like! We don't have to fit this or that picture of what people think Clawfinger is!" I think we really managed to do that with "Life Will Kill You".

V. V.: In this connection, the track that's the most different from the ten others on the CD is "Little Baby", having in mind its very melodic structure and the female vocals... and the sudden smashing riffs in the end of the song. Why did you include them? It could do that melo-way till the end.

Z. T.: It could do, yeah... We even talked about having it as part 1 and part 2, and the reason for going against it was that we didn't want to compromise. For me, the aggressive instrumental part at the ending is the little girl's payback to her father who has abused her and done everything wrong, so these riffs were a natural option. I guess it would have been more commercially accessible if it had remained slow the whole time, but we're not really a commercial band and we don't think in terms of what to do and not to do in order to have the possibility to reach many people. What's important for us is making the song as good as it can be.

V. V.: Yes, but I'm sure you're aware of the fact that if you hadn't put this aggressive passage in the end, the song wouldn't be "commercial" in the eyes and ears of your hardcore fans.

Z. T.: Sure. That's a question of taste. At the time of writing and recording that song, it just felt like the best way to go about it. We just wanted to have that payback part there. If anybody wants to change that, it's very easy to do with a computer - just copy, paste, edit and take away the hard part.

V. V.: We heard the news that you were searching for a young and talented crew to make the video for "Little Baby". Did you already find the right people?

Z. T.: The funny thing about that news is that I read it on Blabbermouth, just like everyone else... It's something we discussed not only for that video, but for the four songs we're planning to shoot videos for, so I was kind of surprised. Otherwise - yes, we had this idea, but the question now is to find someone who can do it reasonably cheap, because we don't have any big-super-Aerosmith-video budgets. The best choice would probably be some video students. We have some interesting people who have come up with good ideas, so we'll see what happens.

V. V.: As far as I remember, you share the possession of a studio -В Fear & Loathing -В together with the guys from Meshuggah. Was "Life Will Kill You" recorded there?

Z. T.: It was written, recorded and produced there.

V. V.: Are Meshuggah good guys to work with?

Z. T.: Well, we don't actually work with each other, but in parallel universes... They're great guys, of course, and they're from the north of Sweden, where a very rare brand of people come from - they don't always talk so much, but when they finally do open up, you see they're some of the loveliest guys.

V. V.: I guess you've already been booked for lots of summer festivals?

Z. T.: We have about nine festivals, and we've already done a couple of them. If we'd managed to release the album a little bit earlier, let's say in February or March, there would have been more festivals... Timing is always crucial.