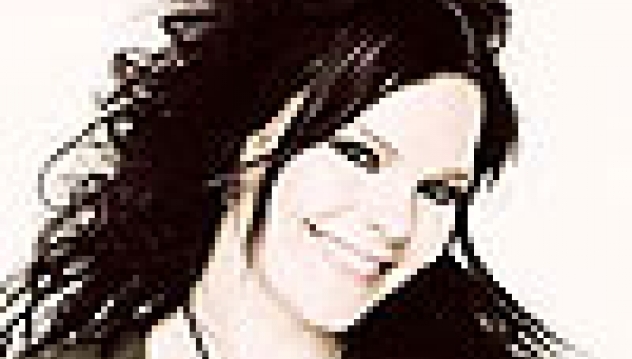 "I think "Dark Passion Play" is the heaviest album Nightwish have ever done."

Anette Olzon - the Swedish singer who took the hard task to replace the emblematic Tarja Turunen as lead vocalist in Finland's metal superstars Nightwish - introduced herself to all Tangra Mega Rock readers and listeners. Of course, Anette also hinted what we should expect from her studio debut with Nightwish, the album "Dark Passion Play", due out on September 28 via Nuclear Blast...

Vassil Varbanov: Hello, Anette! How are you?

Anette Olzon: I'm just fine, thank you, and you?

V. V.: Well, it's good to have you live with us today, so let's start. Even before you joined Nightwish, it was an extremely successful band with a charismatic female singer. Do you feel any pressure?

A. O.: I try not to when it comes to the fact that I'm replacing Tarja, otherwise I'd be very nervous, because she's a good singer. I feel pressure on myself, because I'm a perfectionist and I wanna do my best for the fans and not let them down.

V. V.: Were you a Nightwish fan before joining them?

A. O.: No. I hadn't listened to Nightwish that much. I had heard their name many times, because I fancy the metal industry, but the first time I actually listened to them was just a couple of months before everything with Tarja happened. I think this is a good thing, because now I can work with the band with clear eyes. I think the pressure upon me would have been bigger if I knew their whole history.

V. V.: Can we say that today you've already become friends with the guys?

A. O.: I'd like to say that I am, and I hope the guys feel the same. Of course, it takes some more time to become really good friends.

V. V.: Obviously, you cannot escape from the comparisons between you and Tarja. Where are your strongest points, according to you?

A. O.: I have a really high-pitched rock voice. I can sing very high with my natural voice, which is very powerful. I can also sing very emotionally, following the feelings of Tuomas' lyrics. I really try to give the listeners everything they want.

V. V.: Is you voice even higher than Rob Halford's, let's say?

A. O.: Nah, it's hard to compare, as I'm a girl, but people have always told me that I have a very good strength in the technique of screaming. I think I've been born with a talent to do that and it has been evolving ever since.

V. V.: I'm sure that through the years you've been listening to a lot of vocal performers. Who are your idols, if any?

A. O.: I don't have any idols at the moment, but I used to have when I was younger. I listened a lot to Celine Dion - I think she's the ultimate female singer. And if I have to name a female singer from the contemporary metal scene, I'd say Simone Simons of Epica and Sharon den Adel of Within Temptation.

V. V.: Let's focus on Nightwish now. So far we've heard just two songs recorded with you - "Eva" and "Amaranth". Both are quite different from each other, so what should we expect from the full-length album, "Dark Passion Play"? Does it sound closer to the first or to the second single?

A. O.: "Eva" is very, very far away from what the album is like. I think it's the softest song ever done by Nightwish. As for "Dark Passion Play", I think this is the heaviest album Nightwish have ever done. Of course, there are songs like "Amaranth" that are a bit more easy listening and radio-friendly. As a whole, it's a big mixture, yet a heavy album.

V. V.: So how did the whole thing happen? They called you and asked you if you wanna join Nightwish and you agreed, or what?

A. O.: No, it was me looking for them. I sent a demo right after everything with Tarja happened, and they told me from the start that I was really good, but they wanted to take their time and listen to a lot of other applications. So they took their time and I could think if I really wanted to join such a huge band.

A. O.: Well, it's hard for me to tell how the other guys feel, but when we meet and rehearse I feel there's some confidence and that they trust me. I think after all that happened, now they can finally leave everything behind and concentrate on music again.

V. V.: By the way, do you like to stay at home or you prefer going on tour?

A. O.: Both. However, I feel that now I really like to travel, even if there are some negative sides like flying by plane and waiting and sitting in the bus, but there are also so many positive aspects of being away. I like living in hotels - you don't have to do any laundry or cooking, he-he, so when you return home it's like a new life.