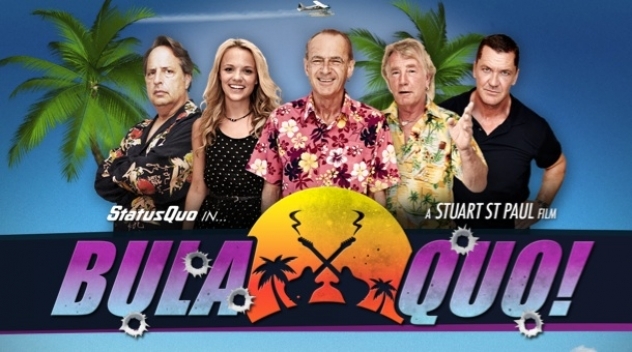 Set against the backdrop of the scenery of Fiji, the plot of the movie revolves around Rossi and Parfitt unwittingly coming across a gambling ring forcing competitors to play Russian Roulette. The winner gets dinner, the loser a bullet in the head.

The Chuckle Brothers (aka Rossi and Parfitt) manage to grab photographic evidence and then create a diversion so they can get away. But a local ‘godfather’ catches sight of them and wants them dead…

The movie is due out in the summer. Watch the Bula Quo! trailer below.