Video: MAY and SLASH show their stripes 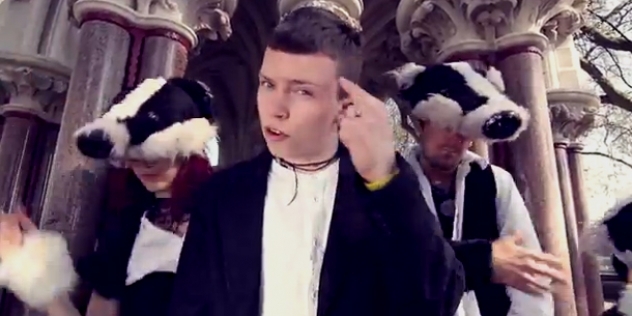 Slash, Shara Nelson and David Attenborough have joined Brian May on a new song dedicated to badgers. Badger Swagger, out today, is part of the England-wide campaign against this summer's badger culls.

The group are calling themselves Artful Badger and Friends. Their debut single was created by music producer Rob Cass, who has previously worked with acts including Estelle, Robbie Williams and Baaba Maal.

"To me all nature is beautiful," he said in a press release. "This track is my humble contribution to stopping the needless slaughter of badgers."

Cass began planning the project after joining an anti-cull demonstration earlier this year.

"We decided the best way we could help was to do what we do best: make music," he said.

In addition to the artists named above, Badger Swagger includes contributions by Southend rapper Sonny Green and Sam and the Womp, whose debut single topped the charts last year.

"[My solo] sounds like a badger riot," Slash announced on Twitter. "Or a bunch of hooligan badgers in a pub."