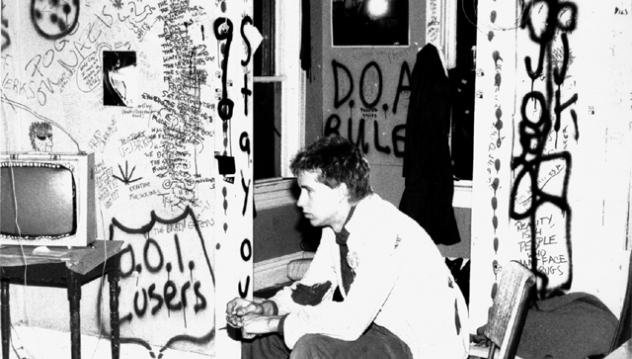 Details are pending, but it's been reported that D.O.A. guitarist Dave Gregg has died. He was 54.

News of the punk musician's passing arrived earlier yesterday (March 31) via California outfit the Authortities, who have said in a Facebook post that Gregg died last night (March 30). A cause of death has yet to be revealed.

"Our dear friend and mentor Dave Gregg passed away yesterday evening surrounded by family in White Rock, BC," the band wrote, adding, "Those of you who know Dave, understand what an incredible person he was and know what a huge gap is now in a lot of lives. We will miss you Dave."

Gregg's tenure in D.O.A. began in 1980, when he joined the group on second guitar. The guitarist played on records like the act's 1980 debut Something Better Change, the iconic Hardcore '81 and bowed out from the band in 1988.

D.O.A. have not yet made a comment on their old bandmate's passing.

UPDATE: Perryscope Productions added the following tribute today: "Words cannot describe the sense of loss going through me or the sadness we all feel for Dave's family and especially his soul mate Cathy to whom we send our warmest thoughts and condolences. There is no one who met or worked or laughed with Dave that does not remember his uniqueness and love of life. Peace."