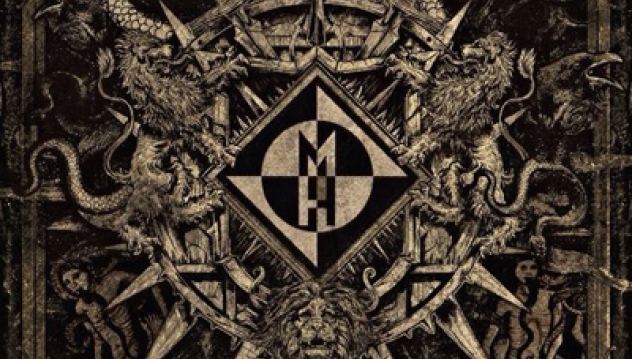 Welcome once again to the world of Machine Head! This is the band that is famous for writing albums that put the wheels firmly back on their track. Only Machine Head being Machine Head, they never do things easy. What they do instead is to take their time and push the envelope, because they have proven that they can come back even when the fans, the industry and even themselves had written the band off. In short, they were good, then they were not good and now they are again, possibly better than the first time round.

“Bloodstone & Diamonds” is their 8th studio album and the first one that features new bassist Jared MacEachern, who replaced co-founder Adam Duce last year, but you won’t notice unless you know. Why? There are two reasons. First of all, although MH’s rhythm section is impeccable, it has never been too prominent. Second, songwriting-wise these days MH is pretty much one-man-show. Robb Flynn’s show, to be precise. This tendency started back in the beginning of the 2000’s when he discovered the multi-layered structures of Rush and started writing longer and more complex songs.

What we have here is 12 songs spread over 71 minutes. These 12 songs embrace every value MH have been practicing since their resurrection album “Through The Ashes Of Empires” (2003)- the elitism, the thinking man’s metal, the proggy song structures, the odd tempo changes, everything. “Bloodstone & Diamonds” in its entirety is not as selfish as “The Blackening” (2007) though, and not as psychedelic as 'Unto The Locust' (2011).

Most of the songs (“Now We Die”, “Killers & Kings”, “Night Of Long Knives” etc.) are mid-tempo and have more memorable and accessible choruses than the ones in the last couple of records. On the other hand there are even more instruments and layers involved in here than ever before. There is much more stuff happening beneath the surface. Although the way MH have learned to build dramatic tension in their songs for the last decade is predictable and in some ways formulaic, it still works effectively.

Not all will be impressed though. Some will be overwhelmed with what they call “trappings”. The majority of old fans who miss the urban face-to-face straightforwardness of the debut, now tend to call their once favorite band “the new Iron maiden” and not in a positive way. The irony, you know, is that this type of people is the same who prefer the first couple of Maiden records to their latest epics. It is understandable to some extent and is a question of personal taste.

This review could have gone in a few different ways. It could have rehashed the well-worn glorious return of Machine Head story that has been done so many times in so many other reviews. It could add a dash of hyperbole plus a naïve assumption that you the reader were unaware of this information. I could have got a little giddy and issued a decree that the band’s new album was the greatest metal record ever to be created blithely ignoring “Reign In Blood”, “Master Of Puppets” and “Powerslave”. Thing is, none of these approaches would work for a band like MH. The truth is far less easily messaged into a linear narrative and far more complicated than a rehearsed imagining of career on the inside of 20-something-year-old metal band.

The truth is that “Bloodstone & Diamonds” is not a smart investment, but a natural progression that stands against all odds. Against all criticisms. It stands at a summit still remembering the view back down the mountain and it raises a flag. Not in victory, but because it acknowledges that this point is truly significant.