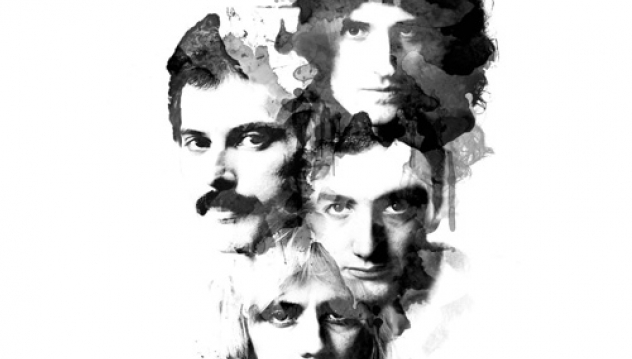 With the first notes of "Let Me In Your Heart Again" and the opening singing by Freddie Mercury, the past years of my life swung me in a whirlwind to throw me straight into my first listening to "Made In Heaven" almost 20 years ago. The song is written by Brian May and it is so strong and typical Queen that it is impossible not to love it once you've let the band in your heart. Its sound is just like the matured pieces of the band from "The Miracle" ahead. Staid, intelligent and precisely composed and played melodic rock, bearing the heritage of the picturesque theatrical sound of the 70's musical explosions of Queen. It is the logical continuation of the songs from the last and posthumous album of the British from 1995.

There follows the ballad "Love Kills" done by Freddie and the Italian producer and songwriter Giorgio Moroder. Beautiful and melodic it could suit itself with the proper arrangements in the album of Freddie Mercury and Montserrat Caballe from 1988 "Barcelona". Imagine one of its songs but stripped off the pomposity and the orchestrations, left alone to a melodic instrumental and pure vocal lines by Freddie. "Love Kills" is one of the strongest evidences for the amazing voice of the singer.

We know the third new track " There Must Be More to Life Than This" from the solo album of Freddie from 1985 "Mr. Bad Guy" but here we have it as a duet with another deceased titan of the pop scene - Michael Jackson - the way it was supposed to be 30 years ago. Here we have three sufficient reasons for the existence of this CD.

But the authors of the compilation have given you 17 more. Or 33, depending on what edition you will chose. And here comes the pleasant moment to realize that the songs inside aren't Queen's greatest hits even though many of them to have been released as singles. They have not included  "Bohemian Rhapsody", "We Will Rock You", "The Show Must Go On" and so on. Which actually is an advantage because if you are not acquainted with the full discography of Queen you will hear probably for the first time wonderful songs like "Dear Friends", "Drowse", " Lily of the Valley" or "39" (it's in the deluxe edition). And it becomes clear that Queen are among those bands that no matter which songs from their vast discography you choose, you will have a splendid collection of magnificent and immortal rock songs.