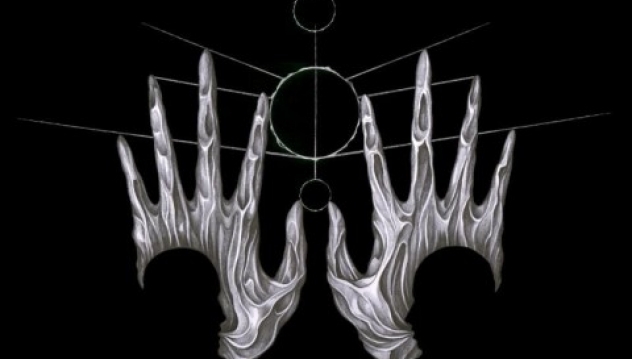 There's nothing new that could be said about the influence At the Gates have had on modern metal. A sound that is more or less a derivative of 1995's 'Slaughter of the Soul' could be felt in the music of pretty much every band that has spawned in the 19 years since the release of that monumental album. It also happened to be the last release by the first incarnation of At the Gates. So, after such a long absence, during which many bands have expanded and perfected their formula, isn't At the Gates' return devoid of meaning?

'At War with Reality' quickly answers with a resounding 'no.' After a quick intro that sets the album's theme, which is influenced by Latin American magic realism, 'Death and the Labyrinth' crushes you like a steam hammer. Besides rivaling the intensity of 'Blinded by Fear,' the song's chorus features a riff so massive, that if it doesn't make you instinctively take that idiotic pose as if you're holding invisible oranges, well, there's something seriously wrong with you.

Without losing even an ounce of its opening track's intensity, 'At War with Reality' continues onward, while also making all sorts of musical turns. While songs like the title track and 'Eater of Gods' seem like they came out of the Swedish death metal textbook, ones like 'The Circular Ruins' and 'The Head of the Hydra' are elevated above the steady, fierce brutality thanks to some really epic melodic riffs. Others, like 'Heroes and Tombs' and closer 'Night Eternal,' in turn dive into the depths of melancholy, bringing back some dark emotions hat spread like a fog over the insanely heavy riffs of Jonas and Anders Björler and the crushing double bass drums of Adrian Erlandsson.

The main strength of 'At War with Reality' is that everything in it sounds really inspired. The concept of magical realism is to have supernatural elements among seemingly mundane surroundings. In a similar manner, At the Gates have crafted songs that may seem just ordinary and predictable for such a universally recognized band that owns an entire musical genre. Under the surface, however, lies so much music, and so many open routes for your conscience to follow... By the time you realize it, you'd be addicted to this album.

Do At the Gates reinvent the wheel with 'At War with Reality?' Most certainly not. But they sure make you feel like for the past 19 years everyone has been trying to sell you square wheels.

Source: radiotangra.com
Tweet
Previous news: Have FOO FIGHTERS won at CHRISTMAS JUMPERS?
Next news: ALBUM REVIEW - AT THE GATES - 'At War with Reality'