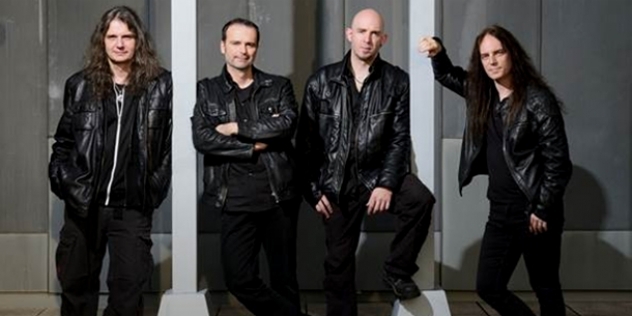 Metal’s most epic storytellers BLIND GUARDIAN have just released the first new album trailer for their highly-anticipated tenth studio release, 'Beyond The Red Mirror', due out in Europe on January 30th, 2015, February 2nd in the UK and February 3rd, 2015 in North America.

“It is impossible for us to choose a song that represents the whole album. The upcoming single needs to be seen as an appetizer- 'Twilight Of The Gods' is perfect, because it reveals incredible dynamic and contains great melody lines”, shares BLIND GUARDIAN vocalist & lyricist Hansi Kürsch.