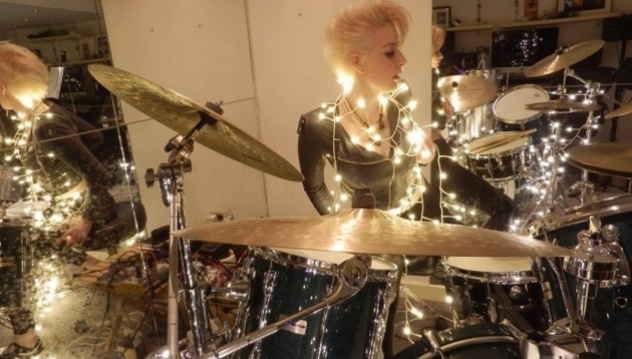 As the New Year approaches, so does an exciting new era for THE DARKNESS. The UK rockers have recruited Emily Dolan Davies as their new drummer and are planning to release a new album in March 2015.

Davies was involved with the recording of THE DARKNESS’s upcoming album, tentatively titled ‘Cliffhanger,’ and frontman Justin Hawkins is excited about their new female addition.