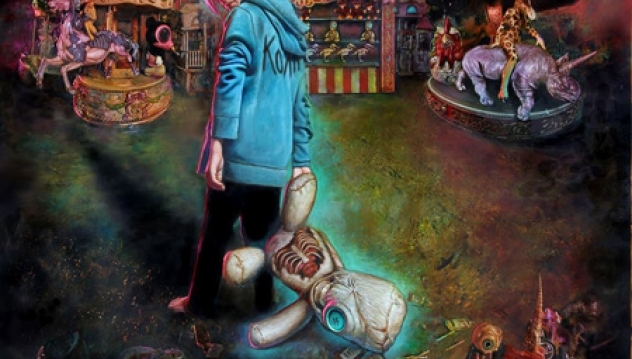 Many bands emerge with the mission statement to do things differently but only few of them really do. I can still remember the massive impact that KORN had when they unleashed their debut 22 years ago.

In about a year kids under my age (I was in my early 20’s already) went from wearing leather jackets to Adidas suits. That was a monstrously inventive and brave album, a game changer that blew away the current metal scene and set new rules for everyone. And yes, singing about stabbing someone in the ass with a knife was problematic even then, yet KORN went deeper with their second record “Life is Peachy” and not only cemented their reputation but also started a whole new massive trend that would dominate the world for the next 6-7 years.

It’s been a while since KORN have delivered an album that truly does justice to their enormous legacy. Of course “The Paradigm Shift” (2013) was celebrating the Head’s return in the band’s ranks, but in truth it wasn’t quite the thing that many of us expected and that dubstep album that I personally liked very much also got pear-shaped, at least according to the majority of the dedicated fans. ‘The Serenity of Suffering’ is a darker, moody animal and the most efficient of all efforts to bring back the original sound since the first of them, “Korn III” (2010).
It is also a body of work that justifies the current status of the band. They are no longer bigger than the adopted son of Jesus as they were in the end of the 90’s and their current record will definitely not make the devastating claim to be the album of the year, but yet it will go among the most memorable moments of 2016. It’s raw and stripped to the bone, full-blown, with a massive set of balls.
Just listen to “Rotting in Vain” and feel the sick and thick density that was once associated with this band and check out “When You’re not There” for the typical slick background… Yes, even the Cory Taylor experience in “A Different World” seems like a second and more credible claim to return to form.
The best thing about this record is the intensity. For the interesting bits thrown in the mix, this album feels like it is really a sum of its parts and what is more, you basically don’t get much room to breathe between all the beats, riffs and thuds. The worst thing, you’d ask…
Well, lyrically ‘The Serenity of Suffering’ is a repetition of the same traumatic content that has been used and recycled for the last 12 albums. Davis’s capability of describing insanity and psychological relapses is undeniable, but it the means have not changed a bit from the direct blunt and declarative approach used in the first albums and that is why these days most of the lyrics sound as they have already been heard.
So there’s a new Korn album out there for you or it already has you and my review don’t mean shit to you. If it’s the latter, I am perfectly ok with this, my job is done anyway.
Source: RadioTangra.com
Tweet
Previous news: PARKWAY DRIVE and DARKEST HOUR set to play in Sofia in April 2017
Next news: ALBUM REVIEW - KORN - ‘The Serenity of Suffering’ (2016)