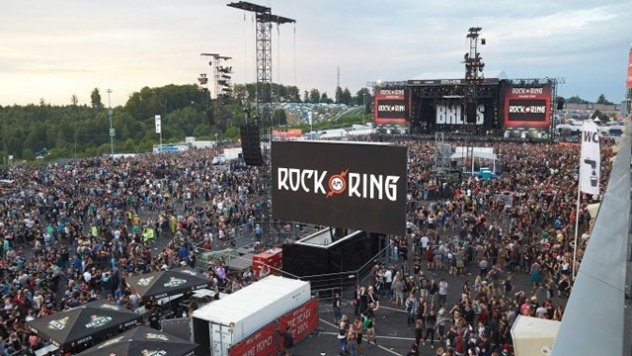 Germany’s Rock am Ring festival has been suddenly shut down due to a terrorist threat. Festival organizers released a statement confirming that the rest of the June 2 lineup has been canceled, including a headlining performance from RAMMSTEIN.
Rock am Ring has not shared the exact specifications of the terror threat, but it’s serious enough to evacuate the festival grounds and surrounding campsites. Organizers hope to re-open the grounds for the remaining two days of the fest on Saturday and Sunday.
Friday’s scheduled performers had included RAMMSTEIN, FIVE FINGER DEATH PUNCH, CLUTCH, IN FLAMES, RIVAL SONS and others, with a number of the later sets having to be canceled. The terror threat on Rock am Ring comes just a couple of weeks after an Ariana Grande concert in Manchester, England was attacked by a suicide bomber, leaving 22 people dead and dozens more injured.
Source: blabbermouth.net
Tweet
Previous news: NASSO RUSKOV's 'MOTEL HENTAI' SHOW is TODAY
Next news: THE CRICKETS to play in Varna on 14 August