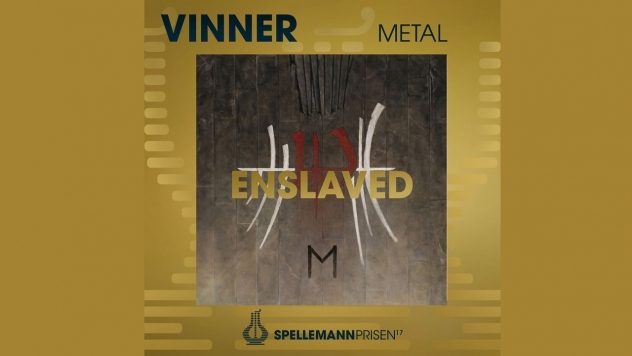 ENSLAVED are the winners in the Metal cathegory at the 2017 Spellemann Awards (the Norwegian equivalent of the Grammy's).

The ceremony was broadcasted live on NRK last night with ENSALVED new album - 'E' surpassing the other nominees.

"Yes!!! What an honour it is to win another Spellemann-award! As you can all imagine, it's a pretty tough race to win such an award in Norway. Not that music is competition, but there are quite a few fantastic heavy metal bands in our country. Just look at the list of nominees this year!

We wanna thank everybody that was involved in the process of making this album we are getting increasingly proud of!" - the band wrote on the official Facebook page.

ENSLAVED is set to play at radio TANGRA MEGA ROCK's 12th Anniversary bash in Sofia in April together with SAMAEL and PARADISE LOST.