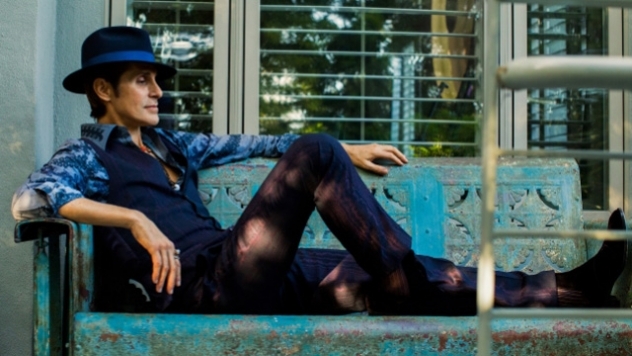 JANE'S ADDICTION frontman Perry Farrell spoke to the Z93 radio station about his recently released single, 'Pirate Punk Politician'. The track, which he previously described as "a good old-fashioned protest song," will appear on his upcoming album, 'Kind Heaven', due out June 7 via BMG.

Asked what exactly he is protesting with 'Pirate Punk Politician', Farrell said (hear audio below): "Well, we're protesting autocracy. We're protesting strongmen that have come up around the world that are fascists and bigots and racists and ignorant of the state of the world and, in particular, the environment and the health of Mother Earth. We want to raise the consciousness of the voters around the world, just so that they understand that there is a way out of this tangled mess that we've gotten ourselves into. The world is getting so polluted and taken over by people that just think that they are above the law and can do whatever they want and they are just ripping off the people — they are ripping off the people that are the working class. That's what we're protesting against."
'Kind Heaven' will mark the first solo album release from the JANE'S ADDICTION and PORNO FOR PYROS frontman since 2001. Conceived by Farrell and produced by Tony Visconti, 'Kind Heaven' features Taylor Hawkins (FOO FIGHTERS), Mike Garson (DAVID BOWIE), Matt Chamberlain (SOUNDGARDEN), Chris Chaney (JANE'S ADDICTION), Tommy Lee (MÖTLEY CRÜE), Peter Distefano (PORNO FOR PYROS), Dhani Harrison, Elliot Easton (THE CARS), Joachim Garraud (DAVID GUETTA), and other notable star turns. Sonic highlights include orchestral scoring by Hollywood composer Harry Gregson Willams, striking duets with Etty Farrell, and a first-of-its-kind sound mix by IMN Creative to create an all-new music experience for fans.
Farrell will kick off a North American tour in support of 'Kind Heaven' on June 7 in New York City. The run wraps June 25 in Toronto, Ontario, Canada.