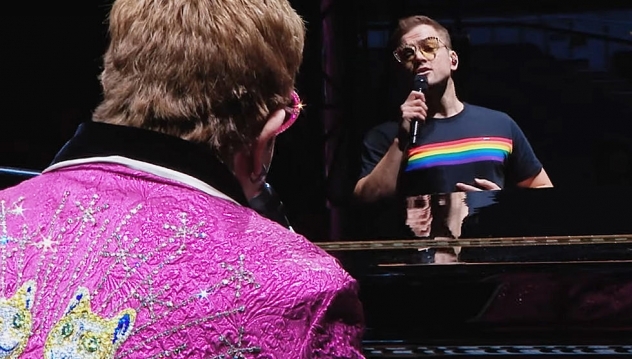 The pair sang a duet of John's classic 'Your Song,' which plays a key role in the movie. A scene in the film shows the struggling young musician composing it, as those around him realize he’s achieved something special.

You can watch the new clip below.
The movie – described as a “true fantasy” – ended the weekend by topping the $100 million mark in global ticket sales, Box Office Mojo reported. “Rounding out the top five [movies] is Paramount’s Rocketman, which dropped 4 percent in its second weekend for an estimated $14 million (in the United States). The film’s domestic cume now stands at just over $50 million after 10 days in release. Internationally, the film added $13 million from 50 markets for an overseas cume that now totals just over $51 million and a worldwide gross over $101 million.”
The total was enough to secure Rocketman’s place in the Top 10 of all-time bestselling music biopics, entering at No. 9 and likely to rise before its theater run is complete. However, it appeared even more unlikely that it will match the incredible success of the QUEEN movie Bohemian Rhapsody, which made more than $900 million worldwide.
Source: ultimateclassicrock.com
Tweet
Previous news: KEANE Release First Video From New Album
Next news: The new JITBALL show is now available on PODCAST 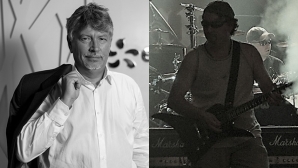