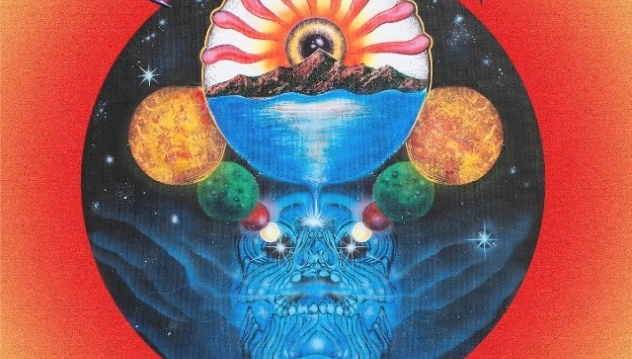 Having played twice in Bulgaria already (and provided guest vocals for a Last Hope song), Take Offense require no introduction. In its third full-length album, the band from Chula Vista, California, goes even harder for a thrash and speed metal sound. From the opening title track with its progressive structure and short bursts of speed, through the instrumental ‘Zoned In’ which is capable of breaking your neck from headbanging, to the Judas Priest-esque heavy metal of closer ‘The Consequence’, Take Offense dump on you a truckload of riffs, solos, tempo changes and everything else that brings a smile to your face when you think of the word ‘thrash’.

On the other hand, Anthony Herrera’s vocals on this album are a bit less convincing (which is weird, since they were among the coolest things about the previous two and were a part of the band’s signature sound). It took me a few listens to digest the, but ultimately, ‘Keep an Eye Out’ turned out to be one of those records that is worth more as a whole than the sum of its parts.
RAISED FIST – ‘Anthems’
The Seventh album of Swedish hardcore band Raised Fist marks yet another step in its journey towards a more polished and, cough, anthemic, sound. Most of the songs in ‘Anthems’ are relatively mid-tempo but rarely stick too long on any single motif. The band gallops from one alt-metal riff into the other, while taking detours into melodic parts soaked with melancholy.

Meanwhile, the specific way in which vocalist Alle Hagman rapidly spits out the words, combined with the lyrics often being dark and sarcastic, gives the songs the necessary abrasiveness. (He even manages to sneak a swear in Serbian in opener ‘Venomous’.) So far, so good. But as you should know, even when a band has nailed it in terms of sound, it needs one more thing to have really strong songs – choruses.

This is where Raised Fist shine in a way that excuses the name of the album. Every single song has a catchy chorus that provokes you to sing along with it. You definitely ought to give ‘Anthems’ a listen, even if you are not necessarily a fan of the band or its genre.
SKINLAB – ‘Venomous’
Remember the 90s when metal bands would crush your head with downtuned guitars and growling vocals before you could even ask “where in the song is the solo?” Skinlab sure do remember. Back then they were one of the bulldozers that flattened everything in the wake of groove metal leaders like Machine Head, Fear Factory and Sepultura. In ‘Venomous’ – their fifth album, which comes after a 10-year hiatus – they remind you loudly why they were among the coolest bands in that musical movement.

Songs like ‘The Fury with the Fire’, ‘Far from Grace’ and ‘End of Silence’ are explosions of anger created through simple but effective means – heavy riffs, energetic drums and guttural growls. Steev Esquivel’s episodic clean vocals come in just the right places to elevate the songs to another level (for example, the opening track might have been a bit bland if it wasn’t for its epic melodic breakdown). There’s no way Skinlab’s drive and efficiency on this album could leave you indifferent.
Source: RadioTangra.com
Tweet
Previous news: The new JITBALL show is now available on PODCAST
Next news: ALBUM REVIEWS - TAKE OFFENSE + RAISED FIST + SKINLAB