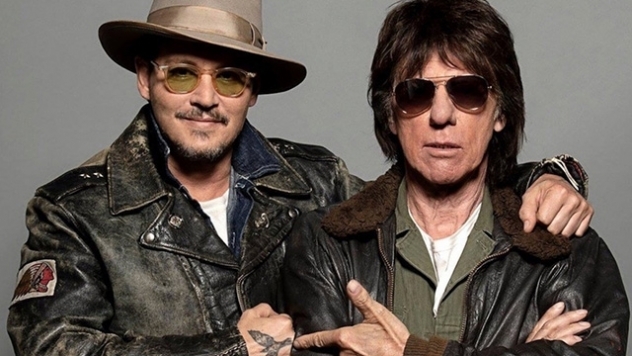 Legendary guitarist and two-time Rock And Roll Hall Of Fame inductee Jeff Beck, one of the great collaborators in music history, has once again found an unexpected co-conspirator in Johnny Depp. The musical soulmates have been working behind-the-scenes for the past few several years on new music and recently released their first single as a duo, a re-imagining of John Lennon's classic track "Isolation".

The official music video for the song, which is available on all streaming and digital download services from Atco/Rhino Records, can be seen below.

"Isolation" finds Beck in classic form on guitar with Depp on vocals, joined by longtime Beck collaborators Vinnie Colaiuta on drums and Rhonda Smith on bass. The band first performed the track live at Eric Clapton's Crossroads Guitar Festival last September in Texas.
Depp has amassed quite the musical resume of his own, playing in the HOLLYWOOD VAMPIRES supergroup with Alice Cooper and Joe Perry for the last five years.