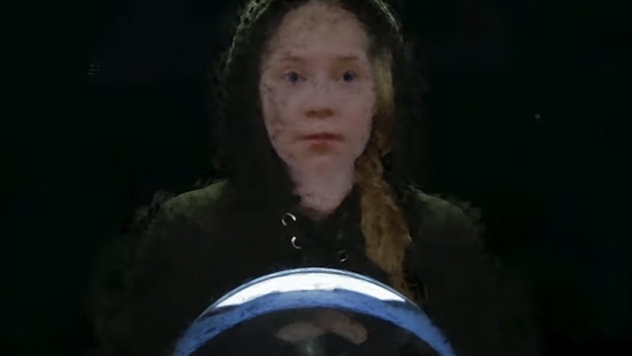 PEARL JAM official music video for the song "Retrograde" can be seen below. For the visual, the band teamed up with director Josh Wakely. The animated clip opens with a lone traveler driving through the rain and descending upon a strip mall. Visiting a psychic, the protagonist witnesses the destruction of the world in a crystal ball as the seas overtake the Eiffel Tower in Paris, London Bridge in London, and the group's native Seattle. Fluid animation moves like an oil painting in motion as the animated musicians - Eddie Vedder, Stone Gossard, Mike McCready, Jeff Ament and Matt Cameron - step out of their respect tarot cards and into a march. While the water continues to rise, climate change activist and revolutionary Greta Thunberg appears behind the crystal ball as a clairvoyant.

"Retrograde" is taken from PEARL JAM's latest album, "Gigaton", which has been hailed "superb", "fascinating and ambitious", "inspiring and engaging", "their finest studio hour" and "PEARL JAM's best in a generation." The critics and fans alike have praised the band's new LP, which bowed at No. 1 on the Billboard Top Rock Albums chart. Additionally, it landed in the Top 5 of the Billboard 200. Internationally, the album debuted No. 1 in Italy and Austria, Top 5 in Netherlands, Switzerland, Australia, Germany, Belgium, Norway, Canada, and Finland and Top 10 in the U.K., Ireland, and New Zealand.