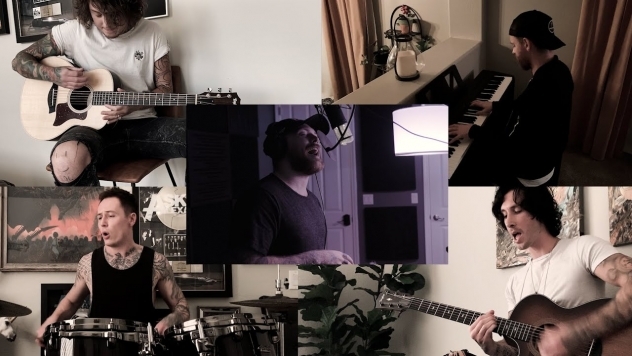 British rockers ASKING ALEXANDRIA have released "Antisocialist (Unplugged)" . The track is featured on the group's sixth full-length studio album, "Like A House On Fire", via Sumerian Records.

The full-band version of the song is currently sitting at No. 4 at Active Rock Radio and hit No. 1 on SiriusXM's Octane "Big Uns Countdown" this week.

"Like A House On Fire" was once again recorded by producer Matt Good (HOLLYWOOD UNDEAD, FROM FIRST TO LAST), who also helmed 2017's self-titled effort.