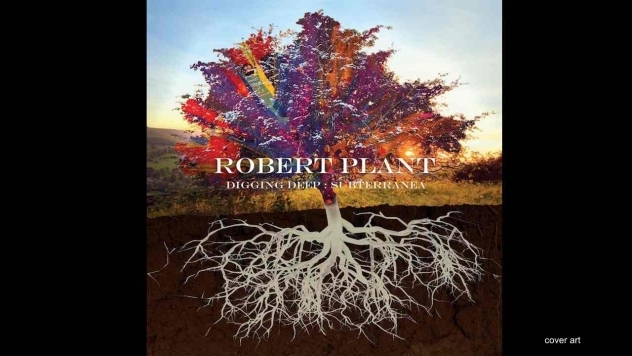 LED ZEPPELIN frontman Robert Plant has shared a stream of one of the three previously unreleased songs that will appear on his forthcoming "Digging Deep" compilation.

The track is entitled "Charlie Patton Highway (Turn It Up - Part 1)".

Plant will be releasing the limited edition career spanning "Digging Deep" as a two CD set on October 2nd.
Plant had this to say about the new track, "I spent time in the hill country of north Mississippi around Como, dropping back to Clarksdale, the incredible center of black music talent over the years.
"I weaved my car through the Delta back roads, listening to the remarkable protestations of Mississippi AM radio. I was looking at my world and my times from this unfamiliar place and found myself exposed to a nightmare world of half-truths."