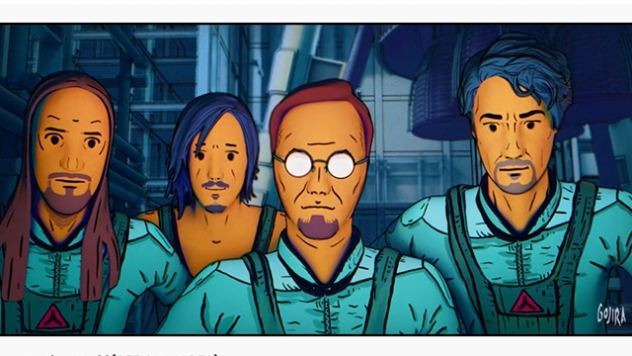 Produced by the band's own Joseph "Joe" Duplantier and mixed by Andy Wallace, the new track is available today on all streaming platforms and is joined by an animated official music video directed by Maxime Tiberhgien and Sylvain Favre, which is streaming now on GOJIRA's YouTube channel.

The release marks the group's first original music since the release of their Grammy-nominated LP "Magma" in 2016.