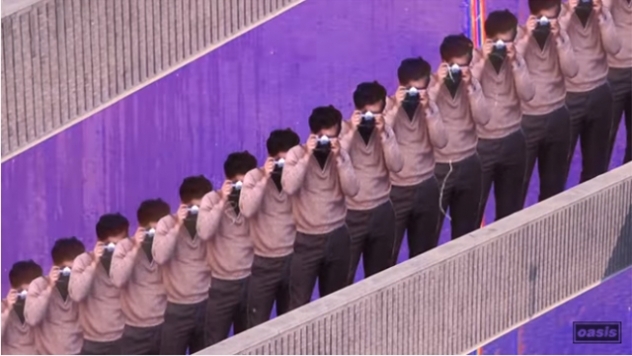 OASIS have released a new lyric video for their 1995 track, "Round Are Way", as part of the 25th anniversary celebrations of their second album, "(What's The Story) Morning Glory."

The tune was originally issued as the b-side to the record's third single, "Wonderwall", which went top 10 in more than a dozen countries - including reaching No. 2 on the UK charts and going on to become the group's first and only US hit when it peaked at No. 8 on the Billboard Hot 100.
OASIS will release a limited-edition series of 25th anniversary vinyl editions of the 1995 album on October 2. The 2020 vinyl packages will feature remastered audio and be available in picture disc and 2LP silver colored sets.
Source: antimusic.com
Tweet
Previous news: FU MANCHU Tribute RUSH's Neil Peart With 'Working Man' Cover
Next news: ALEX BOYADJIEV's PANIC ATTACK SHOW is TODAY - kicks off at 4 PM