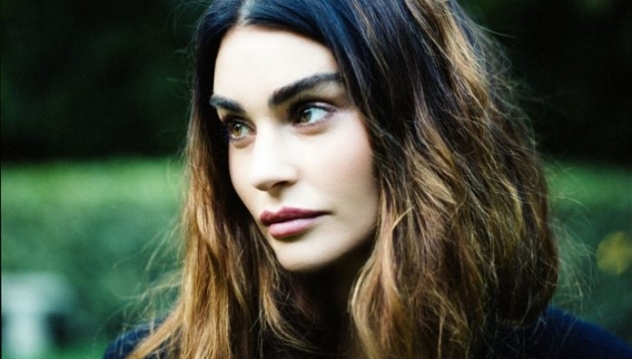 Aimée Osbourne, the eldest daughter of Ozzy and Sharon, has announced her debut album, "Vacare Adamare", released under the ARO banner. The album, Latin for "to be free and loved," is due out October 30 on Make Records. The disc's latest single, "House Of Lies", can be streamed below.

ARO will play a show on September 26, livestreamed from Los Angeles's Hotel Cafe. The show is in support of her "House Of Lies" single release, but will include songs from her upcoming album.

Last month, Aimée opened up about her decision to not participate in the family's reality TV show, "The Osbournes". Aimée, who was only 15 years at the time, reportedly went as far as to move out of the family home in an effort to stay away from the cameras.
"The Osbournes" was credited with being the first show where cameras followed celebrities around and led to a number of copycats like A&E's "Gene Simmons Family Jewels", which followed the life of KISS bassist Gene Simmons and his family, and A&E's "Growing Up Twisted", about the family of TWISTED SISTER frontman Dee Snider.
Source: blabbermouth.net
Tweet
Previous news: VILI STOYANOV's 'BRAZZ JAMBOREE' is now available on podcast
Next news: The LEONARD COHEN WEEK on radio TANGRA MEGA ROCK