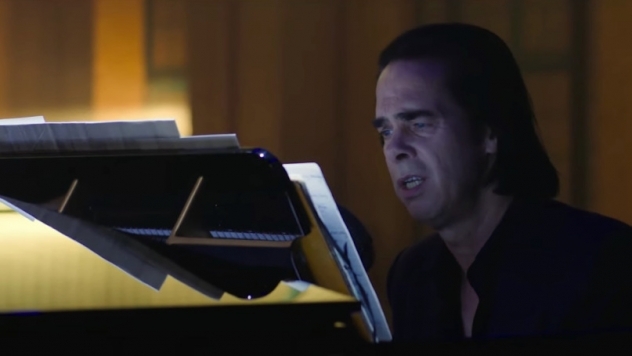 Following its initial digital premiere earlier this year, Nick Cave’s concert film Idiot Prayer will screen in select theaters across the world on November 5th.
Recorded at London’s Alexandra Palace in June 2020 as the UK slowly emerged from lockdown, the solo piano performance was conceived as a reaction to the confinement and isolation of the preceding months. The 22-song set included material ranging from early BAD SEEDS and GRINDERMAN through CAVE’s most recent album, Ghosteen.