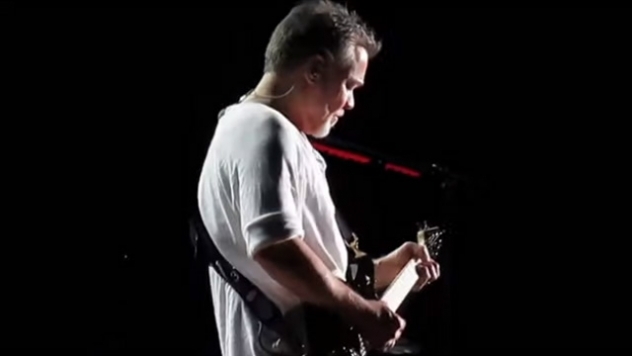 Eddie Van Halen played his final concert with VAN HALEN on October 4, 2015 at at the Hollywood Bowl in Los Angeles. It was the last show of the band's summer 2015 tour, which marked VAN HALEN's third time hitting the road since David Lee Roth rejoined the group in 2007.

Eddie died on October 6 at St. John's Hospital in Santa Monica, California at the age of 65. His wife, Janie, was by his side, along with his son, VAN HALEN bassist Wolfgang Van Halen, and Alex Van Halen, Eddie's brother and VAN HALEN drummer.

The iconic VAN HALEN axeman died from complications due to cancer, his son confirmed.