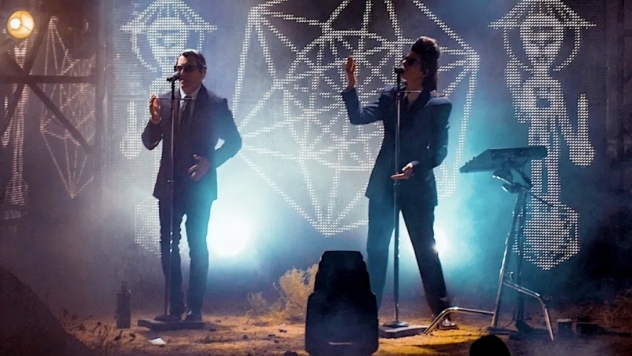 PUSCIFER have unveiled a new music video for their song “Fake Affront”, which appears on their recently released album, Existential Reckoning. The clip features performance footage from the band’s recent “Live at Arcosanti” livestream concert.

Maynard James Keenan and company celebrated the release of their new album with a spectacular live experience that combined hi-fi audio with hi-def visuals.
The new clip for “Fake Affront” is the perfect bite size version for those who may have missed PUSCIFER’s livestream.