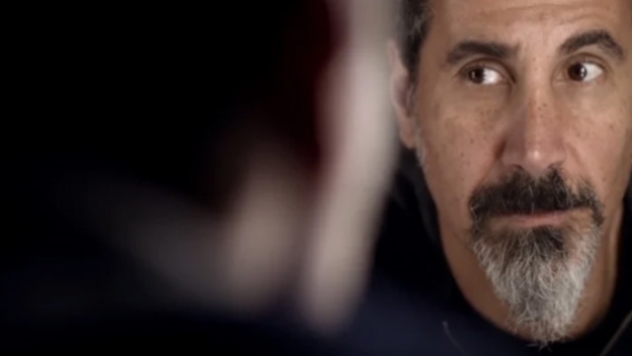 A new documentary about SYSTEM OF A DOWN frontman Serj Tankian, "Truth To Power", will be released on February 19 via Oscilloscope Laboratories.

With unique and exclusive access to the man behind the music, award-winning director/writer/producer Garin Hovannisian ("I Am Not Alone") captures both intimate and historic public moments, including Serj's role in inspiring the massive peaceful protests of 2018's Velvet Revolution in his native Armenia which successfully ousted an oligarchic regime.

A new trailer for "Truth To Power" can be seen below.
"Truth To Power" also includes appearances by SYSTEM OF A DOWN bandmembers John Dolmayan and Shavo Odadjian, the band's manager David "Beno" Benveniste, filmmaker/journalist Carla Garapedian, RAGE AGAINST THE MACHINE's Tom Morello, and famed record producer Rick Rubin.

The feature documentary is executive-produced by Academy Award nominee Joe Berlinger ("Paradise Lost" trilogy, "Metallica: Some Kind Of Monster"); and Live Nation Productions' Ryan Kroft (Emmy winner for "The T Word"), Michael Rapino ("A Star Is Born", Emmy nominee for "Believer"), Damian Vaca and Vaughn Schoonmaker.
Set to the iconic music of SYSTEM OF A DOWN and the propulsions of an original soundtrack composed by Serj, "Truth To Power" is also an artist portrait with a revealing look at the musician as he writes a song from idea to reality and pursues ambitions outside of the band. It includes memories from Rubin on SYSTEM OF A DOWN's early years and its unlikely breakthrough, the bandmates' candid insights about the splinters and highpoints for the group, and stories from Morello on his bond with Serj as social justice advocates and their Axis Of Justice nonprofit. Running time is 79 minutes.
Source: blabbermouth.net
Tweet
Previous news: PAUL STANLEY Announces Debut SOUL STATION Album 'Now And Then'
Next news: SAGA Releases Acoustic Version Of 'Wind Him Up' From 'Symmetry' Album