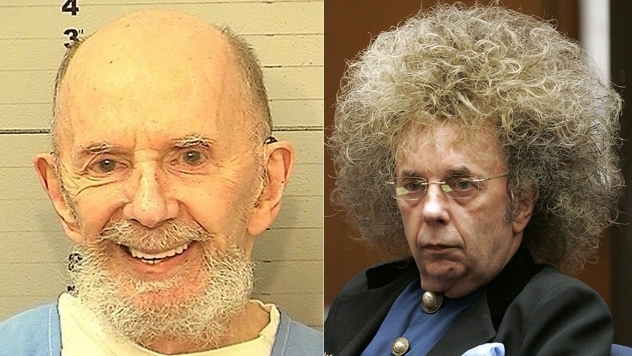 US music producer Phil Spector has died at the age of 81, while serving a prison sentence for murder.

Spector, who transformed pop with his "wall of sound" recordings, worked with the Beatles, the Righteous Brothers and Ike and Tina Turner.
In 2009, he was convicted of the 2003 murder of Hollywood actress Lana Clarkson.
His death was confirmed by the California Department of Corrections and Rehabilitation.
"California Health Care Facility inmate Phillip Spector was pronounced deceased of natural causes at 6:35 p.m. on Saturday, January 16, 2021, at an outside hospital. His official cause of death will be determined by the medical examiner in the San Joaquin County Sheriff's Office," it said.
Spector produced 20 top 40 hits between 1961 and 1965. His production methods influenced major artists including the Beach Boys and Bruce Springsteen.
His life was ultimately blighted by drug and alcohol addiction, and he all but retired from the music scene during the 1980s and 1990s.
In February 2003, actress Lana Clarkson was found dead at his house in Alhambra, California with a bullet wound to her head. Clarkson, who was known for her work in the sword-and-sorcery genre and starred in films including Barbarian Queen, had met Spector hours earlier at a nightclub.
Spector claimed the shooting happened when Clarkson "kissed the gun" - but his trial heard from four women who claimed Spector had threatened them with guns in the past when they had spurned his advances.
Following an initial mistrial, Spector was convicted of second degree murder and given a sentence of 19 years to life.
Source: bbc.com
Tweet
Previous news: WARDRUNA release new video for Skugge
Next news: The NEW YORK DOLLS week on radio TANGRA MEGA ROCK