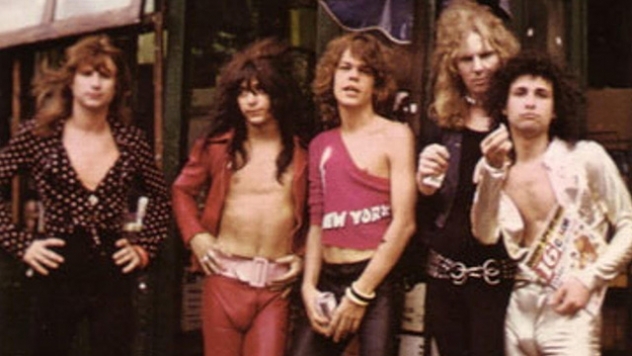 This is the NEW YORK DOLLS WEEK on radio TANGRA MEGA ROCK!

He was born Sylvain Mizrahi in Cairo, Egypt, in 1951. When he was young his family fled to New York where, as a teenager, he formed THE POX with future NEW YORK DOLLS bandmate Billy Murcia. The pair also featured in ACTRESS, where they were joined by Johnny Thunders and Arthur Kane, and they morphed into the NEW YORK DOLLS as singer David Johansen joined the band.

Sylvain played with the DOLLS until they broke up in 1975, playing on the band's self-titled debut in 1973 and on Too Much Too Soon the following year.

After the band's dissolution Sylvain worked on a number of projects, releasing two albums under his own name, one with SYL SYLVAIN AND THE TEARDROPS, and two with with SYLVAIN SYLVAIN AND THE CRIMINAL$.

In 2004 the surviving members of the NEW YORK DOLLS (Sylvain, Johansen and Kane) reformed to perform at the Morrissey-curated Meltdown festival in London. Kane died just weeks after the show, but two year laters came a third DOLLS album, One Day It Will Please Us to Remember Even This. This was followed in 2009 by Cause I Sez So and Dancing Backward in High Heels in 2011.

In April 2019 Sylvain set up a crowd-funding campaign to raise money to pay his medical bills, revealing he'd been battling cancer.