We are producing a new RUGBY documentary - Bulgarian Rugby Gods 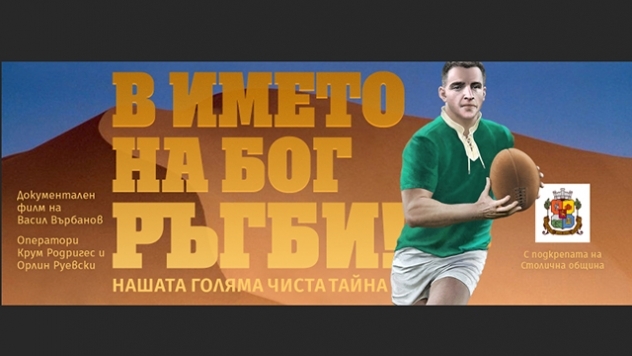 'Bulgarian RUGBY Gods’ is the first ever Bulgarian documentary about the game, its origins, development and key figures in a part of Eastern Europe not renowned for, yet rich in rugby traditions.

Its author Vassil Varbanov is our TOP radio DJ, who also dabbles as a rugby expert and has been Eurosport Bulgaria’s chief rugby pundit and commentator for the past ten years. Himself a former player, Varbanov knows the game, its philosophy and culture, inside out.
More details to come soon, but you can already check the first videoteaser and the official poster below:
'Bulgarian Rugby Gods' will be released with the financial support of Sofia Municipality!