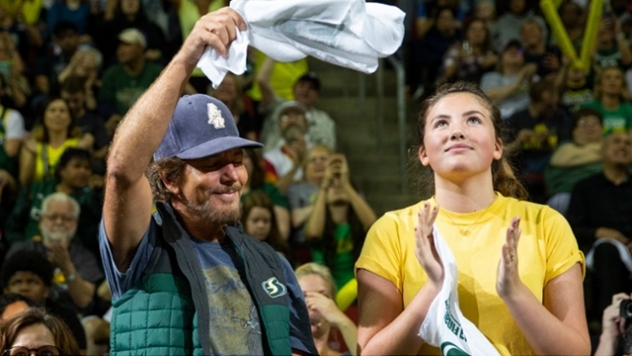 Flag Day, a new drama film directed by Sean Penn, just got its first trailer and it features an unexpected music cameo.

Singing atop the clip is Olivia Vedder, the daughter of PEARL JAM frontman Eddie Vedder, with a song called “My Father’s Daughter.”

Check it out below.

Written by Glen Hansard and Eddie Vedder, “My Father’s Daughter” is a moving number about watching yourself grow into your parents’ traits, whether you wanted to or not. Luckily for Olivia Vedder, that includes being gifted a natural music talent from her dad which she displays in full force on the track.

Flag Day will be accompanied by a 13-song soundtrack featuring new music by both Eddie Vedder and Olivia Vedder as well as Cat Power and the previously mentioned Hansard. The full tracklist hasn’t been detailed just yet.