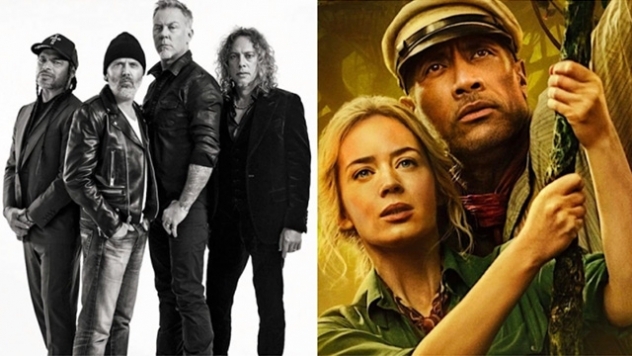 METALLICA have unveiled a new version of “Nothing Else Matters” that was adapted for the Disney film Jungle Cruise.

In collaboration with the film’s composer, James Newton Howard, METALLICA create a lush, cinematic rendering of the “Black Album” ballad.

Epic strings and a climactic crescendo — during which the full band surges through — make the new version just as heart-wrenching as the original.

The song will appear twice during emotional high points in the new Disney film, which stars Dwayne “The Rock” Johnson and Emily Blunt.

Source: consequenceofsound.net
Tweet
Previous news: ANDREY VLADOV's ZOO SHOW is TODAY - kicks off at 4:00 pm
Next news: Check out the new video by J.D. Pinkus of BUTTHOLE SURFERS and THE MELVINS!