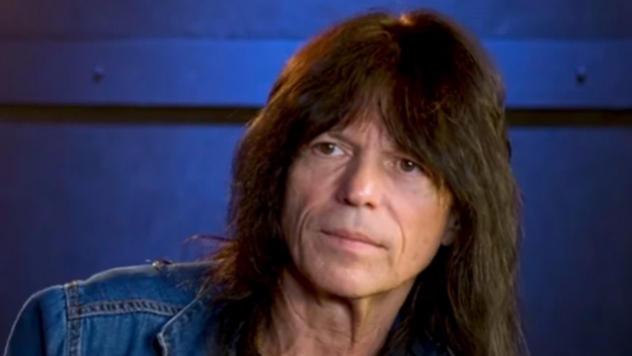 Sarzo appeared in the most notable music videos in the MTV age and toured with the band until 1985 and again from 1997 to 2003. During his years out of the band, Sarzo was a member of OZZY OSBOURNE, WHITESNAKE, DIO, BLUE ÖYSTER CULT, QUEENSRŸCHE and THE GUESS WHO.

Rudy is looking forward to recording and touring with QUIET RIOT beginning in 2022.
With the move, longtime QUIET RIOT bassist Chuck Wright is graciously stepping aside to continue his recent solo efforts while heightening his role with his award-winning residency show "Ultimate Jam Night" at the legendary Whisky A Go-Go which all the members of QUIET RIOT fully support.
Source: blabbermouth.net
Tweet
Previous news: ZEBRAHEAD release new song and video 'Lay Me To Rest'
Next news: ALEX BOYADJIEV's PANIC ATTACK SHOW is TODAY - kicks off at 4 PM