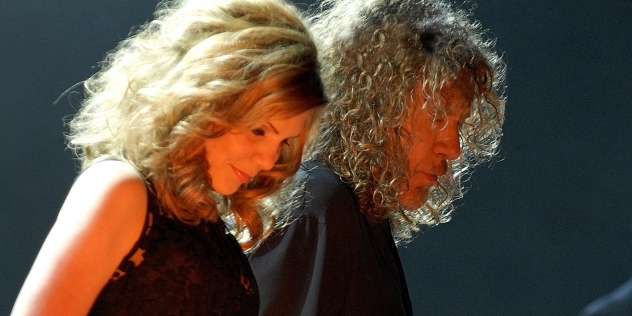 Robert Plant and Alison Krauss have reunited for a brand new album called "Raise The Roof", which will be hitting stores on November 19th and they have shared the first song called "Can't Let Go".

The new record is the follow up to their 2007 released six Grammy award winning album "Raising Sand", which took home "Record of the Year" honors, and was also produced by T Bone Burnett.

Krauss says that when first hearing "Quattro (World Drifts In)" by Calexico was "the moment I knew we'd make another album.We wanted it to move.

"We brought other people in, other personalities within the band, and coming back together again in the studio brought a new intimacy to the harmonies."

Plant adds "You hear something and you go 'Man, listen to that song, we got to sing that song!' It's a vacation, really - the perfect place to go that you least expected to find."