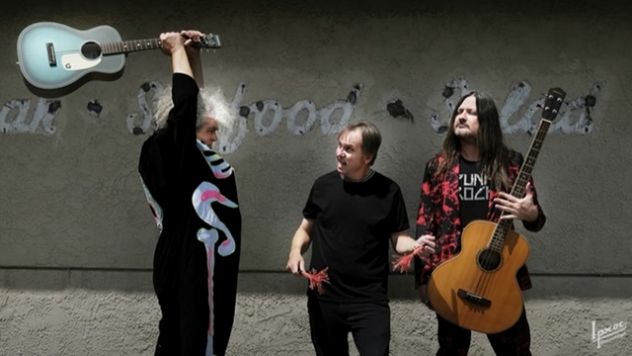 MELVINS have unveiled their acoustic cover of the ROLLING STONES’ “Sway.”

MELVINS managed to stay true to the original while still adding their own distinct twist on the classic track, turning “Sway” into a psychedelic and occasionally haunting piece. The track loses none of the original's energy, despite the absence of electric guitar.

This is the latest track released from Five Legged Dog, an upcoming four-LP acoustic collection from the sludge-metal trio. The set will see MELVINS delivering new renditions of their own classic tracks, while also covering a range of artists.

Five Legged Dog arrives Oct. 15 and is available for preorder now. Meanwhile, MELVINS have announced they will be joining MINISTRY and CORROSION OF CONFORMITY our tour in 2022. The trek is scheduled to begin March 6 in Baltimore.