Paul Gilbert is here to save Christmas 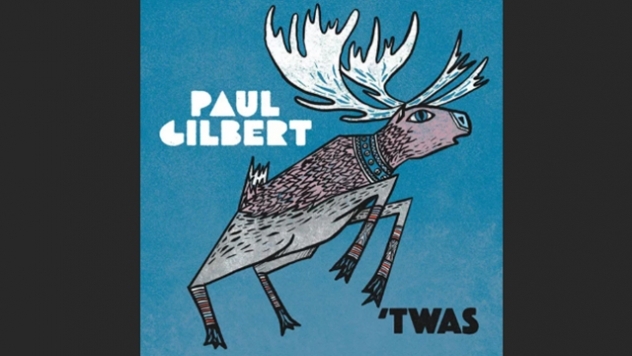 Gilbert is not altogether unfamiliar with the season of good will, having contributed Mount Fuji Christmas to the Japanese edition of the 1997 compilation Merry Axemas - A Guitar Christmas. But now he's striking out on his own, devoting an entire album to the celebration of festive cheer.
Included on the album are covers of Christmas favourites such as Let It Snow! Let It Snow! Let It Snow!, Frosty The Snowman, Rudolph The Red-Nosed Reindeer and I Saw Three Ships, alongside a sprinkling of originals. The first track to be released from the album is a version of Charles Wesley's 1739 banger Hark! The Herald Angels Sing (video below).
“Ten of the songs are classics," says Gilbert. "I was inspired by the Christmas recordings of Nat King Cole, Loretta Lynn, Stevie Wonder, Barbra Streisand, Johnny Mathis, Ella Fitzgerald, and The Ventures. And of course, inspiration came from my guitar heroes, Eddie Van Halen, Alex Lifeson, Johnny Winter, Robin Trower, Frank Marino, Pat Travers, Jimi Hendrix, and Jimmy Page, to name a few."
"I also wrote some of my own new Christmas songs. As I have been doing recently, I begin with lyrics and a melody. Then I let my guitar take over, as it sings better than I do."
'Twas will be released on digital platforms on November 26, with a vinyl edition following on December 10.