MOTLEY CRUE sell their catalogue to BMG for $150 million 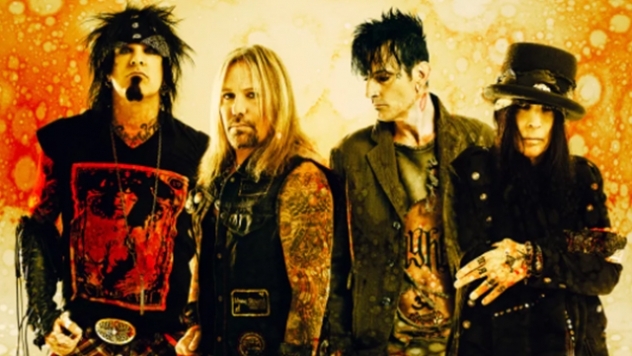 MOTLEY CRUE have struck a $150 million (£112 million) deal to sell their entire catalogue to BMG, according to trade website Variety.

The LA hard rock band have sold over 100 million albums worldwide across their 40 year career, beginning with 1981’s self-financed and self-released Too Fast For Love. The sale was made possible because the quartet gained control of their masters in the 1990s when long-time manager Allen Kovac renegotiated their record contract.
After signing off on the deal, the band released a statement, reading: “It feels amazing to be collaborating with our new partners at BMG. Their extensive track record of success in rock made them the perfect home to continue preserving and growing our musical legacy, ensuring we always stay at the top.”
Manager Allen Kovac says: “After working side by side with BMG for well over a decade, the relationship we have developed and success we’ve accomplished over the years made this a very easy transition to entrust with this treasured rock catalog. Working with BMG in any capacity, whether that’s publishing or records, has always been a great experience.”
“This is more than just a significant transaction,” says BMG CEO Hartwig Masuch. “It’s a new chapter for an extraordinary catalog. Few bands understand the myth and the magic of rock like Mötley Crüe do. In an increasingly competitive rights acquisition market, artists need to be convinced that a buyer will do the right thing with their work. I am delighted that Mötley Crüe have decided BMG will be the best custodians of their musical career.”
The Crue are set to undertake their postponed US stadium tour with DEF LEPPARD in June 2022.
Source: loudersound.com
Tweet
Previous news: OUTRAGE are joining the HARDOCRE X-MASS 2021 line-up
Next news: VASSIL VARBANOV's TANGRA METAL SHOCK kicking off at 2 pm