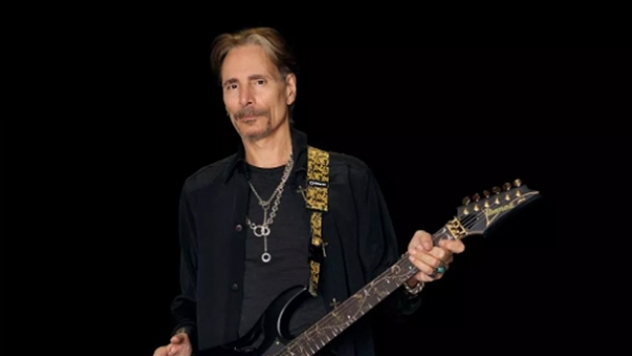 Guitar Maestro STEVE VAI has launched a vizualiser for Zeus In Chains, from upcoming album Inviolate.

The release comes a month after the first single from the album, Little Pretty.

"The title for this track Zeus In Chains was told to me by the track when I was listening back and asked it… ‘What’s your name’?," explains Vai, rather cryptically.

"This happened during the heavy guitar breakdown with the dissonant high note that happens right before the solo. It sounded like Zeus in Chains. Hey, it’s art. You can make up anything you want and it’s legitimate."
The Inviolate album will be released via Favored Nations/Mascot Label Group, and is the follow-up to 2016's Modern Primitive.
Source: loudersound.com
Tweet
Previous news: MUSE share anti-bully anthem Won’t Stand Down
Next news: PEARL JAM's EDDIE VEDDER Unveils New Solo Single 'Brother The Cloud'