HAMMERFALL Joined By KING DIAMOND On New Single 'Venerate Me' 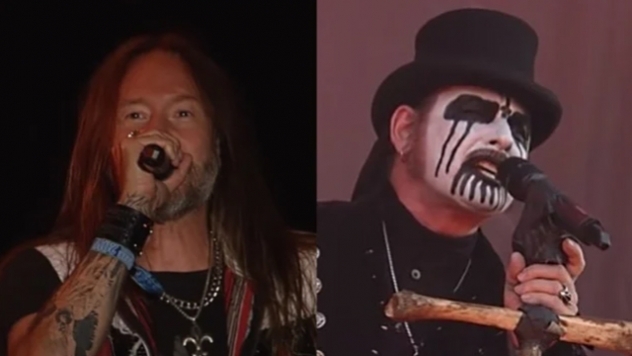 The track is taken from the band's twelfth studio album, "Hammer Of Dawn", which is due on February 25 via Napalm Records.

"Hammer Of Dawn" was produced by long time collaborator Fredrik Nordström (IN FLAMES, OPETH), who handled mixing, mastering, drum recording, and shared the duty of recording guitars and bass with Pontus Norgren and Oscar Dronjak.

Later this year, HAMMERFALL will team up with HELLOWEEN for an extensive co-headlining tour through Europe.