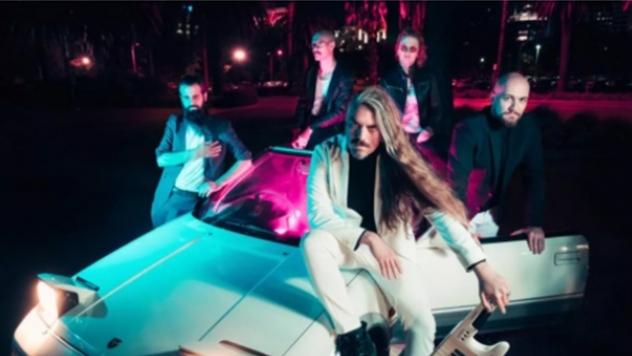 Australian proggers VOYAGER have released a new video for Dreamer, their entry into Eurovision - Australia Decides, the Australian television contest to choose the country's entry for the 2022 Eurovision Song Contest.

You can watch the new video below.

"As humans, we tend to look to the stars and glorify what could be," says singer/keytarist Danny Estrin.

"Simply, Dreamer is about looking at the here, the now and valuing what we have around us. Especially over the last two years, hopes and dreams vs the tiny locked down bubble we live in has been a constant push and pull... It's good to be a dreamer, but the grass isn't necessarily always greener. We're bringing this track to Eurovision - Australia Decides as our official entry and we can’t wait to finally be on stage again!"
VOYAGER will compete in the live TV Final which will be broadcast exclusively on SBS and SBS On Demand on Saturday February 26.
Australia were first invited to the Eurovision party back in 2015 by the European Boradcasting Union and have been participants ever since. The Eurovision - Australia Decides television contest has been going since 2018.
Source: loudersound.com
Tweet
Previous news: HAMMERFALL Joined By KING DIAMOND On New Single 'Venerate Me'
Next news: Meat Loaf has died aged 74