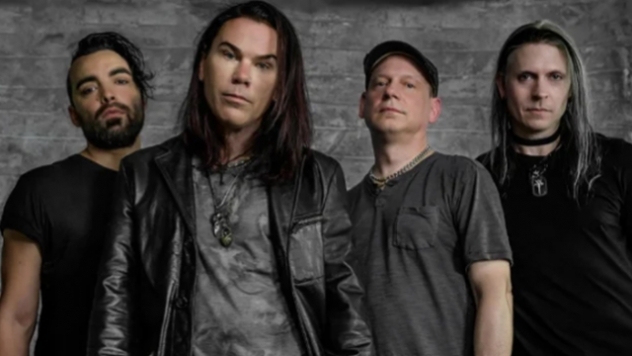 As the anticipation grows for the brand-new STABBING WESTWARD album "Chasing Ghosts" to be released - the band's first new LP in more than 20 years - the four-piece gives another taste of the new music with their latest single, "Ghost".

Fans who buy the physical or digital edition of the single will be gifted with several additional tracks including remixes of "Ghost" led by STABBING WESTWARD frontman Christopher Hall and Assemblage 23 along with a reworking of early hit "Why", from 1996 RIAA-certified gold album "Wither Blister Burn & Peel".
"Chasing Ghosts" will be out March 18 via COP International Records. It features 10 tracks that showcase the industrial rock band's characteristic sound with a modern sheen that picks up right where they left off with their last full-length in 2001.

"Ghost" follows the single "I Am Nothing" that was released in November 2021.
Source: blabbermouth.net
Tweet
Previous news: The MY PLAYLIST new TV musical show's episode is now available online
Next news: ALEX BOYADJIEV's PANIC ATTACK SHOW with a special playlist on Spotify