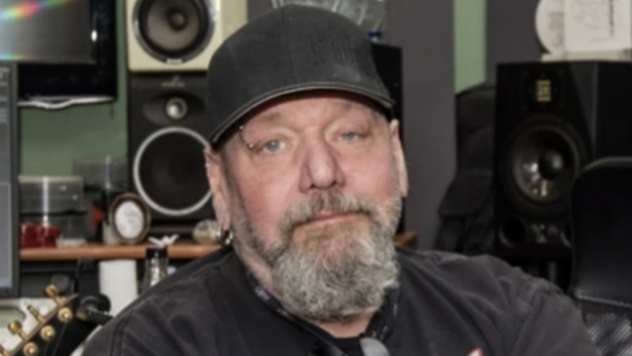 Ex-IRON MAIDEN singer Paul Di'Anno, who is currently in Croatia awaiting three major surgeries on his knees, will have the remaining costs of his operations and treatment funded by his former bandmates.

Yesterday (Monday, June 20), Kastro Pergjoni, operations director of the Cart & Horses pub in Stratford, London, England where IRON MAIDEN made its live debut in 1976, who recently raised thousands of dollars so Di'Anno can undergo his long-delayed knee surgery, took to the Cart & Horses Facebook page to share the following message:

"I am very excited to announce that the IRON MAIDEN team have kindly agreed to cover the remaining cost of Paul Di'Anno's operation. Not only are IRON MAIDEN the best band on this planet, they are kind-hearted and supported by an amazing team. As a result of this fantastic news, I will be closing the fundraising on the 21st June 2022."
Over the weekend, Stjepan Juras, a MAIDEN fan and author of many MAIDEN-related books, who is taking care of Paul while he has been receiving physiotherapy and lymphatic drainage treatments in Croatia, revealed on Facebook that the 64-year-old singer will undergo three operations over two days in July. The procedures will be followed by a period of hospital recovery, intensive care and rehabilitation, including re-learning of walking. If all goes well, Paul should be able to walk fully by the end of 2022. However, if the set of treatments fails, then a leg amputation will be the only option.
Last month, Di'Anno came face to face with MAIDEN bassist Steve Harris for the first time in three decades before the band's concert in Croatia.
Harris, whose group kicked off the 2022 leg of its "Legacy Of The Beast" world tour at the 22,000-capacity Arena Zagreb, came out before the show to greet a wheelchair-bound Di'Anno and chat with him for a few minutes.
Last month, Paul played his first full solo concert in seven years at the Bikers Beer Factory in Zagreb. The show was filmed and parts of it will be included in a documentary about Di'Anno, to be directed by Wes Orshoski, co-director and producer of the acclaimed 2010 film "Lemmy" about the MOTÖRHEAD icon.
The Zagreb concert was free to attend and was held as a way of thanking Paul's fans for their help during the most difficult time of his recovery. The show took place just a day before the IRON MAIDEN's gig at the Zagreb Arena.
Di'Anno recorded two classic albums with IRON MAIDEN - a self-titled effort in 1980 and "Killers" in 1981 - before being fired and replaced by Bruce Dickinson. He went on to front a number of other bands, including KILLERS and BATTLEZONE, and released several solo records.
Di'Anno recently teamed up with several Croatian musicians to form a new project called WARHORSE.
Source: blabbermouth.net
Tweet
Previous news: THE MARS VOLTA release 11-minute video to accompany new song
Next news: Devin Townsend reveals artwork and release date for new album Lightwork