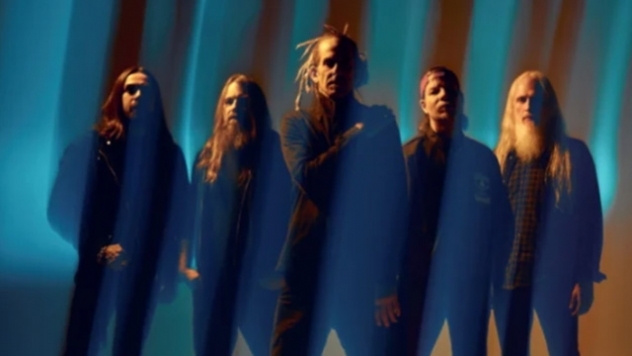 Richmond, Virginia metallers LAMB OF GOD have shared the official lyric video for their latest single, the title track of their upcoming album, "Omens".

LAMB OF GOD frontman D. Randall Blythe stated about the track: "I think a lot of the messes human beings find ourselves in could be very easily prevented simply by paying attention to obvious repeating patterns, both in our personal lives and in a broader sociohistorical context. What some call 'omens' are really just manifestations of the fact that there is nothing new under the sun. It's foolish to ignore this, but we all do it."
The "Omens" album will be released on October 7 via Epic Records.
"Omens" is also LAMB OF GOD's most diverse affair. The band tracked with longtime collaborator Josh Wilbur (KORN, MEGADETH) live in the room together at Henson Recording Studios (formerly A&M Studios) in Los Angeles, California, a location that birthed classics from THE DOORS, PINK FLOYD, RAMONES and SOUNDGARDEN, among others.
Source: RadioTangra.com
Tweet
Previous news: MONY PANCHEV's ROCKENROLL radio show is today - kicks off at 4 pm
Next news: Mike Ieradi of PROTEST THE HERO leaves band