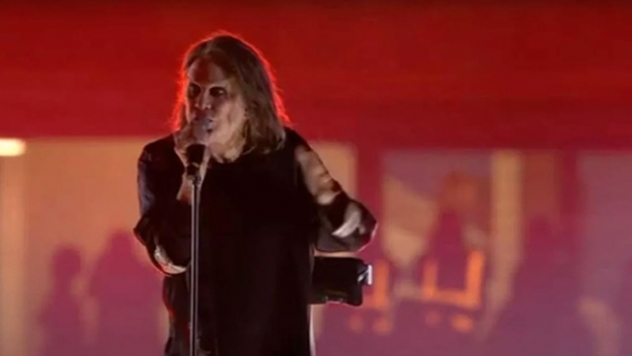 Ozzy Osbourne and Tony Iommi have reunited to play an unannounced, brief set at the closing ceremony of this year's Commonwealth Games. The performance took place at the Alexander Stadium in Birmingham, SABBATH's home town.

With Adam Wakeman on bass and Tommy Clufetos on drums, the SABBATH pair played an extremely truncated version of Iron Man and a complete Paranoid, the song climaxing as fireworks lit up the sky.