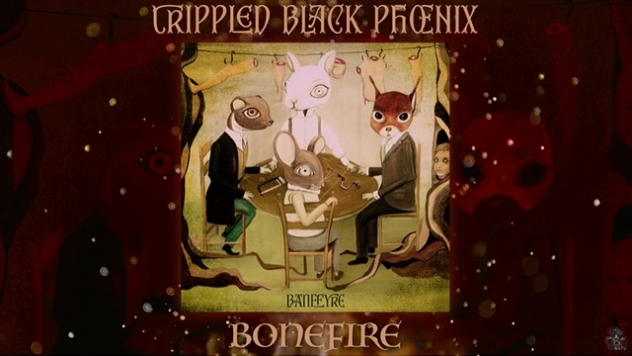 Dark proggers CRIPPLED BLACK PHOENIX have streamed their latest single Bonefire, which you can listen to below.

Bonefire is taken from the band's upcoming album Banefyre which will be released through Season Of Mist on September 9.
"Bonefire is targeted at the politicians, who’re some of the wealthiest people around, and also the most un-empathetic sons of bitches towards the poorest and most vulnerable in our society," says vocalist Belinda Kordic.

"These people in government have the power to change things around, make a difference, but they choose not to. It’s an ideological choice they make. The bottom line is... these people just don’t give a hoot about anything but themselves. They are not all bad. But there sure are some rotten eggs. Chuck em on a fire of bones and let them contemplate on their actions for a while.  Ps! No politicians were hurt during the making of this song."
CRIPPLED BLACK PHOENIX have previously released videos for Blackout 77 and Everything is Beautiful But Us. The band will tour Europe and the UK with labelmates Impure Wilhelmina and MØL in August and September.
Source: loudersound.com
Tweet
Previous news: PIXIES Open 'Vault Of Heaven' With New Video
Next news: THE POGUES bassist Darryl Hunt dies aged 72