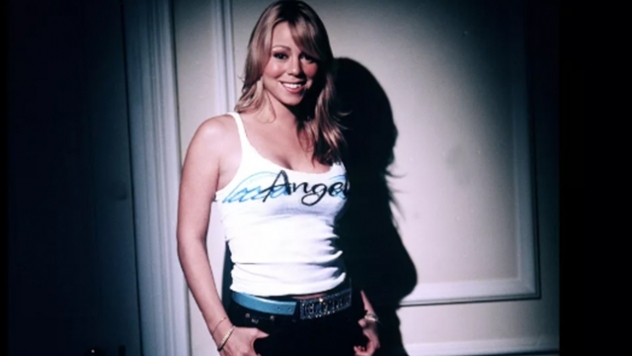 Mariah Carey is planning to release the "irreverent, raw, and urgent" alternative rock album she recorded in secret in 1995, according to Rolling Stone, after tracking down the original tapes which her record company refused to make public.

Working with a band called EEL TREE, later renamed CHICK, the R&B/Pop superstar recorded the album, inspired by artists such as HOLE, Alanis Morissette and VERUCA SALT, while 'officially' working upon her fifth studio album, Daydream.

Sessions for the 'secret' album were reputedly conducted after midnight, with Carey co-writing every song on the record, save for a cover of CHEAP TRICK's Surrender.
"I was exploring my musical range, but I was also filled with rage," the singer wrote in her 2020 memoir The Meaning Of Mariah Carey, referencing the project. "It’s always been a challenge for me to acknowledge and express anger. My personal life was suffocating during Daydream, and I was in desperate need of release."
“I was playing with the style of the breezy-grunge, punk-light white female singers who were popular at the time," she added. "You know the ones who seemed to be so carefree with their feelings and their image. They could be angry, angsty, and messy, with old shoes, wrinkled slips, and unruly eyebrows, while every move I made was so calculated and manicured. I wanted to break free, let loose, and express my misery - but I also wanted to laugh.”
By all accounts, the laughter stopped when news of the project reached Carey's label, Sony Music, run by Carey's husband Tommy Mottola. Label executives flatly informed Carey that the company would not release the album in its original form, arguing that the recordings, which Carey described as "irreverent, raw, and urgent" would damage her image.
As a compromise, Carey persuaded a friend, Clarissa Dane, to re-record her vocals on every track, burying her own vocals low in the mix. The record, titled Someone's Ugly Daughter, and credited to the band CHICK, was then given a low-key release on Epic/550 Records, with no mention of Carey's involvement in the project. Two singles, Malibu and Demented, emerged to little fanfare, after which the album was discreetly swept under the carpet.
In a 2020 interview with Zane Lowe, Carey confessed. "I got kind of in trouble for making this album – the alternative album – because back then, everything was super-controlled by the powers that be."
Now, however, in a new interview conducted with Rolling Stone, Carey reveals that she has finally taken possession of the original mix of the album, and will release it in its original form.
For a flavour of the album, check out the single Demented, with Dane on vocals.
Source: loudersound.com
Tweet
Previous news: Goth Metal Icons TRISTANIA Break Up After 26 Years, Share Statement
Next news: ALEX BOYADJIEV's PANIC ATTACK SHOW is TODAY - kicks off at 4 PM