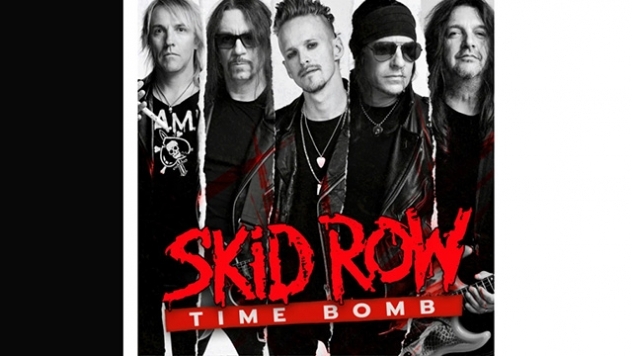 SKID ROW has released the official music video for its latest single, "Time Bomb", taken from the band's upcoming album "The Gang's All Here".

The clip was helmed by director Dale "Rage" Resteghini (FIVE FINGER DEATH PUNCH, GUNS N' ROSES) whom SKID ROW bassist Rachel Bolan sought out to realize his artistic vision for the song about humanity's continuing struggles with self-indulgence and monotony.

"The Gang's All Here" will arrive on October 14 via earMUSIC.

The group recorded most of the LP in Nashville, Tennessee with producer Nick Raskulinecz, who has previously worked with FOO FIGHTERS, STONE SOUR, HALESTORM, EVANESCENCE, RUSH and ALICE IN CHAINS, among many others.