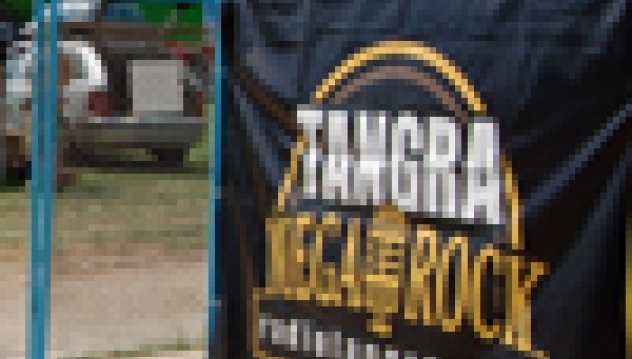 Our crew had a rather pleasant and fine time at the recent Kavarna festival, where we had a mobile studio to broadcast from (being the festival radioВ and all).

We've now uploaded audio files of all the interviews we conducted with the artists performing at the fest, for your pleasure. This way you can recap, reminisce and pick out some of the more interesting episodes, like Destruction's Schmier talking about the political motives behind that tattoo on his left temple.

Yes, we've got nearly all the interviews for you, bar one - the recording of Epica's Simone Simons (complete with her singing acapella in our studio), which one of our crew cretinously ruined. Oh well, guess you should have listened to the live boradcast!

ANNIHILATOR - "SLAYER fans look angry. They are not funny but aggressive. It's not like this with ANNIHILATOR. We smile all the time."В - LISTEN

PRIMAL FEAR - "JUDAS PRIEST obviously did not not want a German guy." - LISTEN

VOIVOD - "The new VOIVOD album will be outВ next year!" - LISTENВ В

KREATOR - "We started working on demos - The new album will be released in 2012." - LISTEN

SODOM - "The German Unholy Thrash Trinity will probably tour the way The Big Four does." - LISTEN

KORPIKLAANI - "We have already written all the songs for their forthcoming album and are starting to record them next month." - LISTEN

DOROВ - "Gene Simmons was very cool with me. I wanted to be a musician since I was three." - LISTEN

LEAVES' EYES & ATROCITY (Liv Kristine) - "My parents made me while listening to BLACK SABBATH's 'Changes'." LISTEN

Source: radiotangra.com
Tweet
Previous news: W.A.S.P. to play in Sofia on October 27
Next news: BICHETO to kickstart beach festival on Friday the 13th!