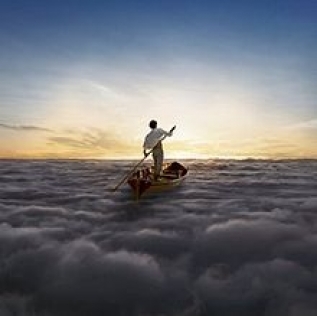 The news of a new PINK FLOYD album created quite a stir, still not quite the sensational stir we thought it would be. Because we knew oh-so-well how easy it is to ruin a legend – all it takes is one or two mediocre albums or a bunch of milking-the-cash-cow tours. Just remember all the sacrilegious acts committed under The Doors moniker. Or as Queen. Or soon-to-be committed as Slayer. No wonder we were quite a bit suspicious as to what would come out of this Gilmour/Mason endeavor.

All that considered, it takes you about five or ten minutes of the cosmic harmony and dreamy melancholy of ‘Things Left Unsaid’ and ‘It’s What We Do’ to get that nostalgically-sweet feeling reserved for every first listen of a new PINK FLOYD album. ‘The Endless River’ is undoubtedly a FLOYD product, rooted firmly in both the Waters era and the Gilmour epoch. Understandably, the latter has a much more identifiable influence and the inevitable associations are ‘A Momentary Lapse of Reason’ and ‘The Division Bell’, as well as Gilmour's solo efforts ‘About Face’ and ‘On An Island’. However at times  ‘The Endless River’ might sound like something right off the ‘Animals’ or ‘Meddle’ sessions, staying furthest from the heavily conceptual and in a way theatrical ‘The Wall’ and ‘The Final Cut’.

Strangely though it might sound, this new FLOYD album generally benefits from being beyond pretension, beyond the need of a hall of fame entry, (almost) completely devoid of real songs and thus (almost) completely devoid of potential hit material. Thus it's an album for fans solely and one to be completely misunderstood by newcomers to the PF universe. It's clearly not the best PINK FLOYD album out there. But the good thing is – it's not supposed to be.

The tracks are 18 assembled into 4 “big tracks” and it really seems more reasonable to view this as a 4-track album – a large part of the “smaller tracks” barely make it past the 1 minute mark, thus only making sense as a part of the big piece and not on their own. The sound of ‘The Endless River’ is spacious, undeniably ambient, akin to a soundtrack music and old German krautrock. Or a long, free jamming(пробвай например ‘On Noodle Street’).
Album's outstanding moments are to be found in Side 1 (where referrences to ‘Echoes’ and ‘Shine On You Crazy Diamond’ are to be heard) and Side 3 (which contains ‘Talkin' Hawkin’ - a true continuation of ‘Keep Talking’ off ‘The Division Bell’) while the real lowpoint is the only real song here - ‘Louder Than Words’. Lame at best and with a disappointingly shallow lyrics, this track is rather useless and completely fails to impress, espacially after the 40+ minutes of ambient psychedelia that preceed it.

Side 2 and Side 4 are neat and interesting but a lot more fragmentary than the other two, that being especially true for Side 2 which is so chaotic it gets rather confusing. What's even more perplexing, having in mind that Gilmour and Mason had some 20 hours of 1993-1994 recordings, is that the Sides feel somehow rushed and unfinished. They could have easily made a lusher, longer album and focused on some musical themes more prominently.

All in all, ‘The Endless River’ might not be the continuation of ‘High Hopes’ you have craved for (but you do get the connection, right?) but it's an album that's far and away from being a disappointment.